Once a month, at regularly scheduled visits, a vessel loaded with ammonia docks at Haifa’s Kishon harbor, and over some 24 hours unloads 10,000 tons of its capacity of 16,700 tons of liquid ammonia into a local container. A report presented to the media on Tuesday by Haifa Mayor Yona Yahav, written by ten chemistry doctors and professors from four academic institutions, led by the Technion’s Prof. Ehud Keinan, suggests that metropolitan Haifa, with more than 300,000 is facing terrifying environmental consequences from a terrorist rocket direct hit on the vessel or the permanent container. It also suggests that even without an act of war, Haifa’s ammonia container “could disintegrate tomorrow.”

Mayor Yahav says he is weighing a lawsuit to prevent the ammonia carrying ship from entering Israel’s territorial water.


Prof. Keinan is adamant about the need to “close down the plant now.” He warns that “should the ammonia ship be hit, nothing will be left alive up to six miles away. Half a percent of ammonia in the air means certain death within 10 to 15 minutes.” The same is true if the permanent container is breached, argues Keinan, who notes that a third of the ammonia being unloaded from the vessel is shipped to the Haifa Chemicals plant and elsewhere in Israel, north to south, in trucks, on civilian highways – and trucks are known to get into accidents.”

It can be said that life as we know it is impossible without ammonia, a colorless gas with a characteristic pungent smell. It contributes significantly to the nutritional needs of plants by serving as a precursor to food and fertilizers. Ammonia, either directly or indirectly, is also a building block for the synthesis of many pharmaceutical products and is used in many commercial cleaning products. And, in high doses, ammonia will kill you.

According to a report submitted to Israel’s Environmental Protection Ministry, the bulk of the imported ammonia – 80% – ends up being processed and exported by Israeli manufacturers. Only a small portion is needed for all that life giving blessing of this compound. Also, according to the same report, that portion can be easily produced locally in different regions of Israel, rather than process all of it in an area that’s well within enemy fire.

According to various reports, Hezbollah today is in possession of an estimated 130,000 rockets of various types. The distance from the Lebanese border and the Kishon harbor is 25 miles. Now do the math: the Grad rocket’s range is up to 25 miles; the Iran-made Fajr-3 reaches up to 47 miles; the Zilzal (also Iran-made) can do 150 miles; the Fatah and the M-110 reach 155 miles; and the Russian-made Scuds cover 435 miles.

Utilizing underground launchers, truckbed launchers and dedicated mobile rocket carriers (such as the Kayuasha) the IDF estimates that Hezbollah will be able to shoot as many as 1,500 rockets per day of fighting – compared with 200 a day it shot during the 2006 Second Lebanon War.

According to Prof. Keinan, for Hezbollah “to hit the ammonia ship would be a duck shoot.”

Mayor Yahav shared with reporters on Tuesday that he had reviewed a report from Israel’s National Security Commission saying the Kishon Harbor ammonia container was completely resilient. “I asked my staff to find out who’s behind this report, which recommends keeping the container here. To my surprise I discovered that the report being used by the NSC was written by Haifa Chemicals, the plant’s owner.” 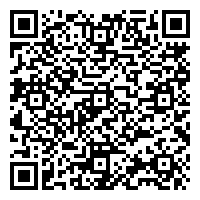