Israelis may have to blame Qatar for the current round of rocket fire, if a report published in Arab media is true.

The pan-Arab daily newspaper Al Hayat reports that Qatar has threatened to kick out Hamas political bureau chief Khaled Mashaal if he agrees to any permanent cease-fire deal with Israel brokered by Egyptian mediators in Cairo.

According to a Ramallah-based Fatah official serving with the Palestinian Authority unity government, Hamas has demanded Qatar be allowed to join the cease-fire talks. Egypt refuses to allow this, as does Israel.

Mashaal has been based in Qatar and essentially has served at the pleasure of the regime since fleeing Damascus at the start of the civil war there that was ignited by the region-wide Arab Spring riots in March 2011.

The question now is whether Qatar’s ire over its alientation in Cairo will extend to the influence of areas under the control of the Palestinian Authority unity government in Judea and Samaria. 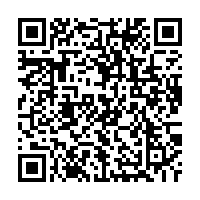