A Jewish woman, 18, was detained overnight Sunday, then brought before a judge and sent back to jail for the crime of praying outside the Cotton Gate leading into the Temple Mount, the Temple Organizations Headquarters reported. Several Jewish groups are accusing police of an ongoing campaign of harassment against Jews who stand in prayer outside the Temple Mount, despite the fact that the current status quo that permits Arabs to pray inside the sacred compound while forbidding Jews from doing the same does not cover the area outside.


The woman and a female minor were arrested Sunday afternoon. The minor was released and ordered to return to court Monday. Her friend refused to sign a restraining order that would keep her outside the Old City, and was therefore kept behind bars overnight.

At the hearing on Monday morning Judge Kaslasi partially accepted police requests and issued a 7-day order restraining the minor from entering the Old City, and a 15-day order against her friend. But the two were not compelled to sign a personal bond in order to be released.

Later on Monday, Honenu reported that a Jewish man who wanted to pray outside the Iron Gate of the Temple Mount was detained, but released after only 20 minutes.

Honenu attorneys have been complaining repeatedly that Jerusalem Police are so fearful of Arab rioting that they have begun to target Jews who are not attempting to disrupt the unholy status quo of the Temple Mount, but are merely engaging in action that might potentially anger the Arabs — regardless of the fact that the action is absolutely legal.

Attorney Sinaia Harizi-Moses, who represented the two women Monday on behalf of Honenu, said “Police systematically abuse the power of their office to thwart the legal rights of citizens, creating a most problematic reality.”

Attorney Rom said his client, who has no criminal record, spent the night in jail for no reason at all. “The police on their own rescinded some of their claims the next day and released the two young women,” he noted, adding that this has become a common police tactic against Jews whose legal conduct might upset Arabs. 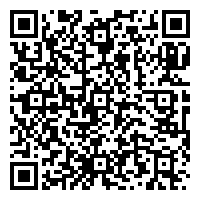