A Jerusalem Arab road terror mission to attack an Israeli bus went wrong Wednesday late afternoon and an Arab woman was wounded instead.

The victim was hurt when the bus in which she was riding came under a hail of rocks hurled by Arabs in the Sheikh Jarrah neighborhood of Jerusalem.


The woman was cut by flying glass, and her wounds reportedly were light.

Jerusalem district police officers threw a dragnet around the area and started hunting for the attackers.

Earlier in the day, Israel Police forces arrested a veiled Palestinian Authority Arab woman near the town of Ofra. The woman was spotted holding several rocks at the time.

During the chase by Israeli police, the Arab woman also threw away a knife she had been holding, according to a report by the Hebrew-language newspaper Yediot Acharanot.

The female terrorist was eventually caught. She was arrested and taken to Binyamin Region police headquarters for further questioning. 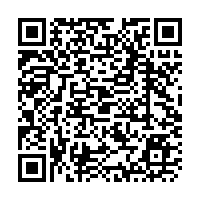