Among the many great things about living in Israel is the Hanukah season. As those of you who have been in Israel during Kislev know, wherever you walk during early evening hours you will find Hanukkiyot illuminating the streets. A particularly powerful memory for me is while a Yeshiva student learning in the Jewish Quarter I would walk through its alleys on Hanukkah nights enjoying the luminescent Hanukkiyiot tucked in the specially built niches of the ground floor walls.

Another great thing about December in Israel is that the holiday of unique focus is in fact a Jewish holiday: Hanukkah. No bell-ringing jolly fat men imploring people to deposit loose change into a charity cauldron; no bearded red-flannelled icon on a bottle of Coke; no omnipresent portraits of a mythological creature no more historically real than “Bigfoot” or the “Loch Ness Monster.” Israel is virtually “santa-tized” of Santa, the ubiquitous symbol of the US end of December national religious holiday. And it makes the Hanukka season much easier here for educating the kids. Quick anecdote: As a very chubby kindergartener at PS 152 in East Flatbush Brooklyn, in the class play I was “up” for the role of this holiday icon. Mercifully, because I was only the second fattest kid in class I was his understudy and got to play a somewhat short and rotund tree on stage instead. My kids B”H will never be “up” for this role; they are skinny and, though Israeli culture isn’t always Kosher, most treif never took hold here.

My feelings towards this ubiquitous Gentile icon are ambivalent, both positive and pejorative. In the States Santa Claus is an innocuous, perhaps even good thing for Gentiles, if he in fact, engenders, as advertised, “goodwill towards fellow man,” though, in truth, I do not remember experiencing in the States any particular increase in benevolence during December. As a Jew in Israel, however, he is an offensive memory from Galut and the Goyish world; an artificial transplant, no more indigenous to the Holy Land than the Black Hebrew Israelites (whose criminal founder and “savior” recently died), or the innumerable pine and eucalyptus trees which the Jewish National Fund planted around the country, adversely altering Israel’s delicate ecosystem. I am certainly enjoying his general absence from my life but when he is sighted here, by definition it cannot be good, in this the putatively Jewish State.

Last week there were several sightings of Santa in the Judea/Samaria region of Israel. These Santa impostors in no way resembled the “real Santa,” the jolly fat man on a Coke can. Nor were they were found in traditionally Christian enclaves like Bethlehem or Beit Jalla which, after nearly 2 millennia due to intense and unreported Muslim ethnic cleansing, are no longer majority Christian villages. Nor were these “copy-cat Kringles” benign or benevolent; they weren’t even “FAT!” They were what is called in colloquial Hebrew, “Shababnikim” a word, whose etymology fittingly is from the Arabic (with an applied Hebrew suffix), roughly meaning “Young Hoodlums.” Though dressed in the red-flannel suit of the ubiquitous icon of the US end of December national religious holiday, these criminals were also wearing keffiyehs, the head garb of tradition for Arab men and of choice for terrorists. These Shababnikim were violently protesting and physically accosting Israeli soldiers at numerous sites throughout Judea and Shomron and firing rocks in slingshots at Israelis.  A certain particularly active Shababnik (singular of Shababnikim) was given the sobriquet, the “Slingin’ Santa” (pictured above).

The Palestinians are shameless about stealing icons from others (for example, pilfering the words “Holocaust,” “genocide,” and “apartheid”). By enlisting Santa and inserting him into the front-lines against Israeli soldiers, they have successfully co-opted and corrupted yet another image. Proof is in headlines throughout the world condemning Israeli troops for firing tear gas at the ‘stolen symbol’ in the process of dispersing rioters. Imagine what the papers would scream if a faux Santa were hurt or worse: “Jews Kill Santa, the symbol of Christmas, 2000 years after killing Jesus.”

The world chooses to turn the proverbial “other cheek” when it comes to Muslim atrocities committed against Christians by ignoring the well documented cases of brutality and abuse and the ethnic cleansing of actual, living Christians being by their Muslim neighbors yet accord Israel and Jews no such pass, condemning Israel for defending itself against violent protesters outfitted in the ridiculous garb of a fictional fat-man. Goodwill towards fellow man must not apply to Jews or Israel. “Seasons Beatings!” 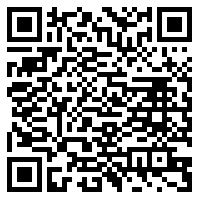