Seventy years after the discovery of the Dead Sea Scrolls, the Rohr Jewish Learning Institute (the adult educational arm of Chabad Lubavitch) is poised to launch a course that examines the historical debates about Jewish philosophy and practice that were brought to light by those texts.

Some 20,000 participants who are part of what a JLI spokesperson called “the largest Jewish education network in the world” will be studying the six-part course in 400 different locations around the globe, beginning at the end of October. The course was created under the guidance and direction of Professor Lawrence H. Schiffman, the Judge Abraham Lieberman Professor of Hebrew and Judaic studies at New York University and a leading expert on the Dead Sea Scrolls. Schiffman, born in 1948, has been working on the Scrolls for nearly 50 years.

The course is titled Great Debates in Jewish History and the first lesson looks at the intense debate from the Second Temple Era over aspects of Jewish ritual and philosophy revealed by the scrolls. Who were these sectarians? Why did they settle at Qumran? What were their beliefs? Against whom were they polemicizing?

Participants will have a rare opportunity to study the scrolls texts in their original handwriting to learn the answers to these questions.

The course also offers a glimpse into five other pivotal debates that engulfed the Jewish people at different periods of their long history, including the fall of Masada and Maimonides’ controversial writings.

“I think it’s fair to say that the Dead Sea Scrolls are the most important archaeological discovery of the 20th century,” said Professor Schiffman. “The scrolls allow us to enter the debates of ancient times and then to see how conflict over the meaning of these documents has created new debates in our own time — debates in which we ourselves can participate.

“The scrolls provide a paradigm for study of a series of debates in Jewish history and help us to grasp the way such debates have helped to guarantee the continuity of Jewish tradition. JLI should be congratulated for introducing the Dead Sea Scrolls and their significance for the history of Judaism to their many participants.”

“The disputes that pepper our history have paradoxically made us who we are today,” said JLI Brooklyn headquarters executive director Rabbi Efraim Mintz. “Participants will discover how these debates shaped the Jewish future in significant ways, and will gain a deeper understanding of important nuances of Jewish life today.

“The texts we study are ancient, but the ideas are as exciting and relevant as ever.” 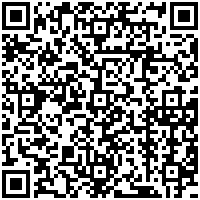