An Orthodox Jewish mother who became a punk rocker and disappeared last fall with her 3-year-old daughter, was detained on Thursday at LaGuardia Airport, following an extensive, international search, the NY Daily News reported.

Rochel Kreiman, 23, left her husband, Moshe Yitzchok, and fled England with the couple’s daughter. A UK judge ordered her to return the child.

According to the Daily News, Kreiman was staying with her uncle in upstate New York, but when she had been exposed there she fled to Canada. Then she raised a number of red flags when she used her passport to book five different flights out of Toronto.

“She was throwing decoy flights all over the place,” a source told the Daily News. “She never boarded any of them. It was like the movie ‘Catch Me If You Can.’”

Wisdom of Women – A Hebrew In The Heartland

Wake Up Left! The World Ain’t all Sunshine and Rainbows – BULLETPROOF [audio]

A Hebrew in the Heartland – Have We Gone Off the Wall?!? [audio] 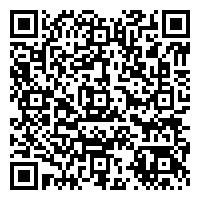