The Palestinian Authority on Tuesday pointed out the importance of Russia’s role in organizing the Palestinian-Israeli negotiating process, the Russian Foreign Ministry said in a statement following the meeting of President Putin’s special envoy to the Middle East and Africa, Deputy Foreign Minister Mikhail Bogdanov, with high-ranking PA and PLO officials.

“During a confidential exchange of opinions on the entire set of Palestinian problems, special attention was paid to the development of the situation in the West Bank and in the Gaza Strip in light of Palestinian municipal elections set for early October,” the ministry’s statement said.

“The task to restore as soon as possible Palestinian national unity based on the PLO political platform aimed at the establishment of a Palestinian independent state coexisting in peace and security with Israel was also considered,” the statement continued. “The Palestinian leadership representatives underscored Russia’s prominence in organizing a reliable Palestinian-Israeli negotiating process, including the possible organizing of a meeting in Moscow between the leaders of Palestine and Israel,” the statement said.

After the Ramallah meeting, Bogdanov spoke on the phone with PA Chairman Mahmoud Abbas, who is visiting Poland. “Abbas confirmed his unchanged readiness for continuation of active Russian-Palestinian political contacts in the interests of a solid and just peace in the Middle East,” the Russian statement said.

However, according to Abbas, who spoke to reporters following a Tuesday meeting with Polish leader Andrzej Duda, the Israelis have suggested postponing the initial talks in Moscow which had been scheduled, he claimed, for September 9.

“President Putin offered to meet in Moscow on September 9,” Abbas said. “I agreed. I was to fly to Moscow from here (Warsaw) to meet with Prime Minister Netanyahu. Unfortunately, in talks held in Jerusalem yesterday between representatives of President Putin and Prime Minister Netanyahu, the Israeli representative proposed to postpone this meeting.”

“So, the meeting will not take place,” Abbas complained, telling reporters, “I am prepared to travel to Moscow or any other country for the next meeting, since dialogue is the only way to peace for the Palestinian people and the only opportunity for our independent country to live side by side with Israel.”

Speaking at a joint press conference with Dutch Prime Minister Mark Rutte, Prime Minister Netanyahu said, “I am prepared to meet with Abbas at any time for direct talks without preconditions. I have said this hundreds of times and I am reiterating it now. I do not care about the place, be it in Holland, Moscow or anywhere else – this is not a problem, and it certainly could be in Moscow. I have said this to President Putin. I said this on Sunday to his envoy Bogdanov.”

“The main question is, of course,” Netanyahu said, “whether Abbas is prepared to meet without preconditions. We hear contradictory reports about this. Just yesterday, Palestinian spokespersons made it clear that they are ready to meet but they have conditions – releasing prisoners, they want to know if the talks will have results, etc. If Abbas is ready to meet for direct talks without preconditions, I am ready at any time. I have been calling on him to do this for almost seven years already and if he agrees to do this – there will be a meeting.”

For the record, though, Putin’s spokesperson said that while Moscow supports the Israeli-PA peace process, so far there have been no specific agreements between the two leaders on meeting in Moscow. 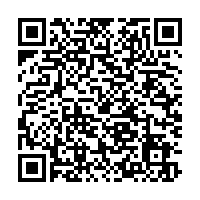