Saudi Foreign Minister Adel al-Jubeir told a news briefing in Paris on Monday (Jan. 16) that his government is “optimistic” about the incoming administration of U.S. President-elect Donald Trump.

Speaking in English, the Saudi foreign minister said his government is looking forward to working with the new American administration “in all areas that are a concern for both of us,” according to Radio Free Europe and Radio Liberty.


Speaking one day after the Paris summit on “solutions for peace” between Israel and the Palestinian Authority, al-Jubeir said the views of the Saudi government aligned with those of U.S> President-elect Trump in a number of areas.

“Wanted to restore America’s role in the world – we welcome this,” he said. “Wanting to defeat [ISIS], absolutely. Wanting to contain Iran and prevent it from causing mischief through its negative policies in the region: absolutely, we have been calling for this for years,” he said.

“Our interests align” on Iran, Syria, Yemen, energy and other issues, he added. “We may have disagreements on how to get there, but we don’t disagree on what needs to be done, and that will not change.”

Saudi Arabia has been among those who have consistently been involved behind the scenes in trying to find a way to work out a “solution” to the conflict between Israel and the Palestinian Authority. 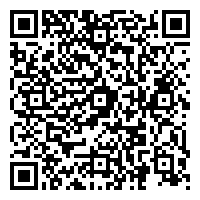