A senior German politician suggested to a Jewish gathering last week that the Jewish community’s fears over growing extremism in the country can be solved by passing a proposed Law of Integration.

Johannes Kahrs, one of the leaders of the Social Democratic Party (SPD), the second-largest political party in Germany, visited the Berlin Jewish Community Center last week to address community issues and answer questions from the public. The conference was hosted by Rabbi Yehuda Teichtal, spiritual leader of the Jewish community in Berlin and arranged by Mr. Stefan Hensel, Chairman of the German-Israeli Association in Hamburg in cooperation with Rabbi Shlomo Bistritzky, Rabbi of the Jewish community in Hamburg, which Kahrs represents in the Budenstag. The conference took place in the main reception hall of the Jewish Community Center Synagogue and was attended by some fifty guests, including members of the Jewish community and a delegation of youth leaders and activists from Hamburg.


Kahrs referenced the proposed Law of Integration in response to a questions about ways the German government might resolve the Jewish community’s fears of the growing wave of extremism in the country from the surge of foreign immigrants and war in ISIS. “Instead of requiring potential immigrants to approach German Embassies in their native countries to fill out forms and undergo a preliminary interview—they simply haven’t done it. Presently, everyone just comes straight to Germany, and we can’t know who’s coming. Practically, this will take time, but we need to instill democratic foundations in these people until we succeed.”

Kahrs attacked the extreme right-wing party Alternative for Germany (AfD) party, which will contend in two weeks’ time in municipal elections in Berlin and, according to recent surveys taken, is slated to enter the city’s government. “Integration can only succeed if there are people working actively to promote it, and there is sufficient funding,” Kahrs said. “The fundamental problem here is that there are between eight and ten percent of people who aren’t interested in integration.

“Most people want to live together in harmony, but there are others who fear change and are busy negating others. But, slowly, we can make a change. Practically, there is no immediate response or magic solution, but each and every person can work on this. AfD exploits people’s fears to advance their political agendas.”

Kahrs added that surveys indicate 20 percent to 25 percent of the public in certain areas will vote AfD “because the latter appeals to them and convinces them that all our country’s problems are rooted in the immigrants. It doesn’t reflect the truth at all, but it’s easy and convenient to believe.”

The lawmaker has previously served as one of the leading spokesmen for the German-Turkish Parliamentary Friendship Group advocating the admission of Turkey into the European Union. At the conference, he was asked about his current stance following motions to cease negotiations in response to Erdogan’s harsh retaliation against the revolution attempt.

“I know that I’m in the minority, but I believe that we must communicate openly with Turkey, because that’s the only way we can influence them to honor various religions, minorities, and to act against capital punishment,” Kahrs replied. “Only if we talk to them, and continue doing so for a long time, will we perhaps succeed in fifteen years to change them and influence society there.”

Rabbi Teichtal thanked Kahrs for the visit, noting that “The Jewish community in Berlin opposes extremism – both religious and right-wing political. In this tense period, the paramount goal for us as community leaders is to promote tolerance, patience, and to give a personal example of this in all our activities.” 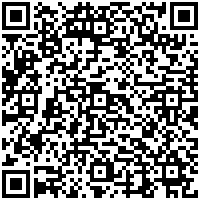