The website KR8 reports that Israel’s foreign ministry has warned Prime Minister Netanyau regarding activity within his own government to encourage an international boycott against Israel. As a result, according to the report, Ministers Tzipi Livni, Yaakov Perry and Yair Lapid were not included in a recent special cabinet meeting with the Shabac, Israel’s internal security service.

KR8 points out that the three ministers belong to two parties that did not exist a year before the January 2013 national election, and that both have not disclosed the funding from foreign sources which allowed them to run effective campaigns to attract the “floating votes” between Likud and labor.


In Livni’s case, she had been voted out as chair of the Kadima party, disappeared from view for several months and reappeared with the financial muscle that enabled her to pick up 7 Knesset seats. Lapid’s rise to political success was even more resounding, going from no political experience whatsoever to 19 Knesset seats. The Israeli press has not questioned these two stunning feats of political prowess, even after both Livni’s and Lapid’s parties ended up as the only left-leaning coalition partners.

The angry report from the foreign ministry charged that Livni, Lapid and Perry have been so vociferous and adamant about the impending doom of European and American economic sanctions against Israel’s economy, should the Jewish State fail to sign a peace treaty with the Palestinians, that their message is now threatening to become a self-fulfilling prophecy. Recognizing that some inside Israel’s leadership would actually welcome a boycott, European corporations are softening their resistance to BDS pressures.

When weighing capitulation to the BDS against potential Israeli retaliation, especially in the area of technology and hi tech, those European concerns would have likely chosen not to join the boycott. But when the media is flooded by Israeli voices that give legitimacy to the boycotts, it would make sense for the Europeans to associate themselves with the likes of the Danske Bank, Denmark’s largest, which has a long antisemitic record and strong ties with Iran.

Incidentally, speaking of Danske Bank, which has decided to boycott Israel’s Bank Hapoalim for “legal and ethical” reasons related to its operating in the settlements – is now facing allegations from state prosecutors of price manipulation “of a particularly serious nature” in connection with mortgage bond trading in 2009. Six employees have been suspended, and that only the start.

Instant Karma is such a pleasure to watch…

So far, there have been no confirmation to the KR8 story, which does not quote sources. The likelihood at this point that Netanyahu would fire the three erring ministers is low—while the right wing KR8 reporter’s view is that it is practically inevitable. But who know, Purim is just around the corner, and it’s a holiday renowned for a lot of Karma and of turning bad things around in the nick of time. 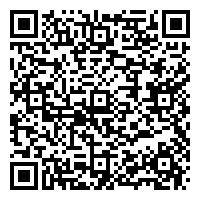