One of the largest and most impressive architectural projects ever built by King Herod in the Second Temple era — the reservoir that fed water to the Second Jewish Holy Temple of Jerusalem — is falling apart.

But because it is under the control of the Palestinian Authority, making repairs to the archaeological wonder called “Solomon’s Pools” is not as simple as it seems.


The site comprises a three-part water reservoir located in the southern section of what is known today as the Arab village of Al Khader, just south of Bethlehem.

The site is therefore located in “Area A” of the Palestinian Authority and completely under its control; as a result, one must coordinate a visit there with the Israeli army.

The main pool is 16 meters deep and 170 meters long, and it was barely half a century ago when local residents stopped using the pool for agricultural irrigation. Before the 1967 Six Day War, residents of eastern Jerusalem were drawing water from the pools as well.

The three large reservoirs, partly hewn into the bedrock and partly built, have a total capacity of well over a quarter of a million cubic meters of water.

They were part of a complex ancient water system built more than 2,000 years ago by the Romans and King Herod. The system provided water to the city and the Second Jewish Holy Temple of Jerusalem – as well as to the desert fortress and town of Herodium.

The pools at that time were fed by two aqueducts, and by several springs in the surrounding countryside, in addition to rain water. Three other aqueducts brought the water from the reservoirs out to Jerusalem and to the Herodium. Remnants of all five aqueducts have been found by archaeologists.

Tour guide Ben Tropper told the Ynet news site that it was unclear whether the initial damage to the pool – a badly damaged wall – had resulted from the harsh weather or neglect.

However, if the damage is not fixed, soon, the reservoir may soon be beyond repair, because the main pool may collapse from the force of the water. The broken section of the wall is approximately 20 meters wide, Tropper explained. This means there is a strong possibility an avalanche could destroy the site.

Concerned citizens have asked the Palestinian Authority to repair and restore the site – or to allow Israel to do it instead. 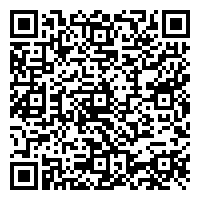