The United Nations Security Council plans to move ahead Monday with a vote on a draft resolution advanced by Egypt that hopes to negate the recognition of Jerusalem as the capital of Israel by U.S. President Donald Trump.

The resolution “affirms that any decisions and actions which purport to have altered the character, status or demographic composition of the Holy City of Jerusalem have no legal effect, are null and void and must be rescinded in compliance with relevant resolutions of the Security Council; and in this regard, calls upon all States to refrain from the establishment of diplomatic missions in the Holy City of Jerusalem, pursuant to resolution 478 (1980) of the Security Council.”


The draft also demanded that “all States comply with Security Council resolutions regarding the Holy City of Jerusalem, and not to recognize any actions or measures contrary to those resolutions.”

It will require nine votes to pass without any vetoes by any of the five permanent members of the Council – of which the United States is one.

Obviously, U.S. Ambassador to the UN Nikki Haley will veto the resolution. But it is very possible that the other 14 members of the Council may vote in favor of the resolution, isolating the United States in the same way the international body does Israel. 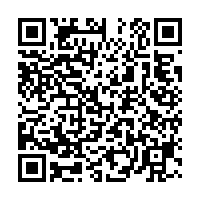