A Shas Sephardic party activist was stabbed Sunday night after leaving a fund-raising parlor meeting at a Galilee village in northern Israel.

Michael Illouz was lightly wounded after being stabbed four times by an Arab attacker after he left the meeting in the village of Ein Mahal.

Illouz is the party’s liaison to the Arab Community; the suspected attacker is a resident of the village but an investigation is still ongoing to determine motive.

Shas has long been supported by the Arab Israeli sector due to the numerous issues the two voting blocs have in common, in particular, the issues of social services and child subsidies for large families.

The attacker tried to stab the Shas activist in the chest repeatedly, according to his son Yechiel, who spoke with the Hebrew-language NRG news site. “He suffered cuts to his hands and is now under care at Rambam Hospital [in Haifa].”

Shas party chairman Aryeh Deri called on Israel Police to “do everything possible to arrest the attacker. It is unacceptable that in a democratic state violence can be allowed to decide an election,” Deri said. 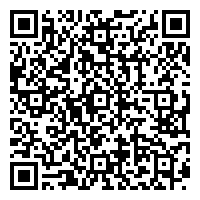