“Shechita UK,” a British group fighting for the right to continue to employ the Jewish ritual slaughter technique known as shechita has lashed out at the first UK political party to support a ban against the practice.

“Citing weak, agenda-led science, UKIP has become the first major political party in the UK to call for a ban on religious slaughter. This latest move is opportunistic and a disappointing shift from UKIP’s previous position, when both Mr. [Nigel] Farage and [UKIP MEP] Stuart Agnew publicly advocated their support for shechita.

“UKIP’s new assertion that ‘[mechanical] pre-stunning before religious ritual slaughter is fully compatible with all world religions’ is plain nonsense. The Jewish community does not permit any of the industrialized mechanical stunning methods used in factory slaughter.

“By joining the campaign to prioritize ‘animal welfare’ over the rights and beliefs of the UK’s faith communities UKIP has returned to the fringes of mainstream politics,” Cohen said.

Agnew, for his part, claimed that he personally opposed the ban but was overruled from within the party. “There are more votes to be gained and I expect that’s what they were looking for,” he told the newspaper. “We’ll lose the Jewish vote for sure but we might gain votes elsewhere, and that’s what they’re after, general election votes,” he said.

“This isn’t aimed at you,” he added, “it’s aimed elsewhere; it’s aimed at others. You’ve been caught in the crossfire, collateral damage. You know what I mean.”

The fact is, the ban hurts both Jews and Muslims; however, this is just another bit of nastiness in a litany of issues that are slowly making life untenable in the UK for Jews — a revelation that some citizens probably would celebrate. Last summer anti-Semitic crimes rose in Britain by 400 percent, and the trend is continuing across Europe, where radical Islam has become firmly rooted. 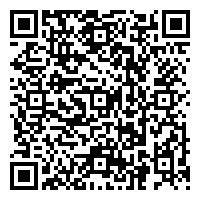