Israeli public bus # 141 came under a hail of rocks as it passed the Arab town of Hizme, north of Jerusalem, along Highway 60. No physical injuries were reported but the windshield of the bus was smashed.


The driver kept the vehicle moving and notified the Israel Defense Forces.

Israeli security personnel were deployed to the area to search for the attackers.

A number of drivers traveling on Route 55 the road near the community of Azoun, not far from the Jewish community of Kedumim, were targeted earlier in the evening.

In at least once case, a windshield was smashed by the hail of rocks that struck the vehicle, but the driver stayed focused on continuing towards the Jewish community of Kedumim.

It is not clear whether it was the driver or another who was injured in the stoning attacks; Hatzolah of Judea and Samaria reports that at least one driver was treated “at the scene” for mild injuries sustained in the attack. 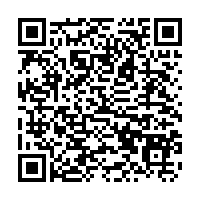