The Iranian government is allegedly blocking the local version of Waze — known in Farsi as ‘Gershad’ — a new GPS app that was released this week in the country.

The app is using crowdsourcing to track the Sharia modesty police, according to a report by Ha’aretz, so women and others can duck them.

The website for the app states bluntly: “Why do we have to be humiliated for our most obvious right which is the right to wear what we want? Social media networks and websites are full of footage and photos of innocent women who have been beaten up and dragged on the ground by the Ershad patrol agents,” according to a report by the BBC. “Police need to provide security for the citizens, not to turn into a factor for fear. A while ago, angry with such unreasonable oppression, we looked for a solution to find a practical way to resist the volume of injustices peacefully with low risk level, to restore part of our freedom,” the statement read.

However, it was impossible for JewishPress.com to verify the statement, inasmuch as Iran apparently blocks all incoming traffic from Israel, and it was impossible to access the site from New York as well, due to sanctions.

Mehdi Ziari, a writer for the Tasnim news agency, wrote on Twitter, however, that Monday night the agency’s servers crashed due to heavy traffic; by Tuesday, news analysts reported the app had been blocked.

The original GPS software app, Waze, was created by Israelis. 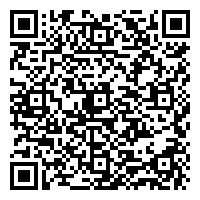