Nur al-Din Abu Hashayeh was convicted for the murder a few months ago. Hashayeh was age 18 when he left his home in Shechem to infiltrate into Israel the day before stabbing Shiloni to death.


He told investigators during interrogation that he traveled to the site with the specific goal of killing an Israeli soldier in order to become a shahid, an Islamic martyr. In this way he knew he could earn a generous monthly salary for his family from the Palestinian Authority government and also would gain eternal fame as well. It is likely the killer succeeded in gaining a generous monthly stipend for his family from the Ramallah government, which pays the families of convicted Arab terrorists imprisoned in Israel in accordance with a scale rated to the severity of the attack, the number of victims and length of the prison sentence.

Hashayeh carried out his attack at midday in the HaHaganah train station in south Tel Aviv on November 10, 2014; he used a large kitchen knife to stab the young officer repeatedly and then tried to steal his M-16 military rifle before fleeing the scene.

Shiloni died of his wounds within a few hours. An estimated 1500 people came to escort the soldier to his final resting place.

Hashayeh was caught and then indicted for the murder by Israeli prosecutors the day after the attack, right after the young soldier died. 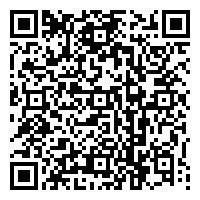