The forces stopped the car — a white Suzuki mini-truck — a few minutes later, and carried out a search of the vehicle and its driver, an unidentified Arab man from the Palestinian Authority.


During their search of the vehicle, Israeli forces turned up a hatchet, various weapons parts, a rifle and ammunition.

The license plates on the vehicle were taken from a stolen Fiat as well.

A body search of the suspect revealed he carried a lethal commando knife — but he refused to explain why he was carrying such a weapon. In fact, the suspect was carrying no identity papers, refused to cooperate with the forces and would not answer any questions.

He was transferred to security personnel for further questioning in order to determine his identity and motives for carrying such weaponry. 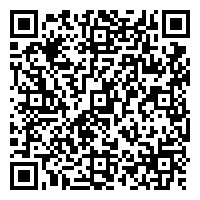