Tourism Ministry officials say they’re not surprised by these statistics, however; they attribute the increase to a strategic shift in marketing and an increase in the marketing budget.


The marketing program adopted by Tourism Minister Yariv Levin and implemented under the direction of Tourism Ministry Director-General Amir Halevi focused on creating demand within Israel — domestic tourism — by building sub-brands suited to different target markets. This was supported by wide-ranging campaigns and including new foreign markets such as India and China, which have each registered major increases in incoming tourism.

The Tourism Ministry also promoted collaborations with the largest international online travel agents such as Expedia and TripAdvisor. In addition, the ministry worked with international airlines to expose them to the economic potential of opening routes to Israel and, among others, by giving incentives for every passenger flying into Ovda Airport near Eilat, and for opening new routes into Ben Gurion International Airport.

“This increase does not come from thin air,” said Tourism Minister Yariv Levin. “The increase in tourist entries to Israel is the result of significant budgets that were allocated for marketing and attractive campaigns, investment in new markets and the development of relevant sub-brands for different target markets.

With a budget of nearly half a billion shekels, the highest ever for tourism marketing, the focus was placed on campaigns in key markets with the highest numbers of incoming tourism and the largest potential for additional growth.

Those included the United States, Russia, Germany, France, England and others. Focus was also placed on investment in new and significant markets with high potential for increased tourism, particularly India and China, Levin said.

Israel won a prize from the Indian Travel & Leisure Magazine as the best destination for history and heritage, for example, and won the 2016 Best Destination in Chinese media awards. 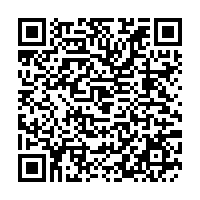