Cundus, a Yafo resident who served a prison sentence from 1984 to 2012, was arrested on September 8 in a joint Israel Police – Shin Bet operation following the September 1 attack on the yeshiva, located on Rehov Toulouse.


He confessed to investigators under interrogation to hurling a stun grenade at the yeshiva because he wanted to “frighten the settlers in the yeshiva” and get them to “sit quietly.”

The expressions used by Kundus indicate that he saw the presence of the yeshiva students as an attempt to Judaize Yafo, according to the Shin Bet, and thus disturb the existing quality of life in what he saw as a “balance” between Jews and Arabs in the city.

Cundus has been indicted by the Tel Aviv-Yafo District Attorney’s Office on charges of possession and use of a deadly weapon, and carrying out a hate crime. 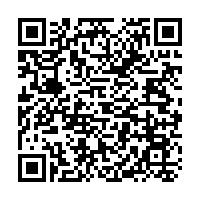