Jordan’s King Abdullah II has refused to speak with Prime Minister Binyamin Netanyahu due to tensions over Arab violence at the Temple Mount, according to a report published Thursday in London by Al-Rai al-Youm.

The move coincides with a visit to Jordan by five Israeli Arab Knesset members, and a meeting with the Hashemite monarch on Sunday, followed by their visit to Ankara to meet with Turkish President Recep Tayyip Erdogan, a strong supporter of the Muslim Brotherhood.


Israel’s Channel 2 also reported Thursday, citing Jordanian and Arab media, that relations between Israel and Jordan are so tense the kind refuses to communicate directly with Netanyahu.

The king is reportedly furious over recent Israeli statements accusing Jordan of turning a blind eye to Palestinian Authority provocations on the Temple Mount, and destabilizing the area.

In fact, the king is allegedly not even accepting back-channel messages from the prime minister’s office, and is “considering” a recall of Amman’s ambassador to Tel Aviv.

In addition, Jordan has reportedly halted agricultural imports from Israel as well, effective the beginning of this week.

According to a Jordanian official quoted by the Al-Arabi Al-Jadid newspaper, Jordanian authorities blamed the action on “defective crops.”

The Temple Mount is the holiest site on earth in Judaism, and the third most sacred site in Islam.

Both religions observed holy days on Tuesday. For the Jews, the most solemn day on the Hebrew calendar, Yom Kippur, began Tuesday night. For Muslims, the three-day festival of Eid al-Adha began Tuesday as well. 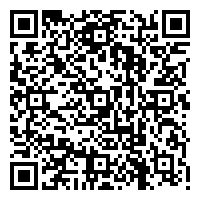