Teva Pharmaceuticals is teaming up with Intel to develop a wearable device that will monitor and analyze the symptoms of patients with Huntingdon’s disease.

The joint project is, at this point, a Phase 2 study that is set to launch towards the end of this year at centers in the United States and Canada.


It’s intended to better understand the progression of the illness and its impact on patients who suffer with Huntingdon’s, a fatal neurodegenerative disease.

The new technology platform developed by Teva and Intel will involve use of a smartphone and a smartwatch with sensing technology that patients will wear to constantly measure their general function and movement.

The information will be streamed to a cloud-based platform to then analyze the data.

Huntington’s disease is characterized by uncoordinated and uncontrollable movements, and deterioration in one’s ability to think. It also causes behavioral and psychological problems, along with a gradual decline in motor control and mental stability. General life expectancy for a patient with Huntingdon’s disease is shorter than that of others, because of other life-threatening complications related to the disease, according to the Huntington’s Outreach Project for Education website at Stanford University.

The disease is genetically passed from parent to child. 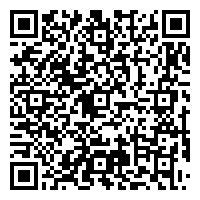