A new illegal flotilla to Gaza has set sail from the Bosch i Alsina dock in the Port of Barcelona in another attempt to breach Israel’s maritime anti-terror blockade, with the hope of arriving in Gaza by early October.

At least one of two boats that are to carry 22 women reportedly set out Wednesday night, launched by the “Women’s Boat to Gaza” group under the banner of the Freedom Flotilla organization.


Among the participants in this effort is an Israeli citizen, Zohar Chamberlain Regev, who was born and raised in Kibbutz Kfar HaHoresh, near Nazareth, according to the Global Research Center for Research on Globalization. Regev has allegedly been involved in the Freedom Flotilla organization for the past four years, and is a team leader aboard the Amal.

In an article posted to the Global Research website Thursday (Sept. 15), Regev is quoted as saying the group wants to “give visibility to women in Palestine who have been struggling alongside the men since before the Nakba, since the beginning of the Zionist colonization of Palestine.”

The group also received a letter of support from their “sisters at Women in Black – Israel,” who sent “their solidarity and warm wishes” for their “brave action.”

Led by MEP Martina Anderson, 55 members of the European Parliament also reportedly sent a letter to Federica Mogherini, High Representative of the European Union, requesting the EU “act to ensure ‘safe passage of the Flotilla to Gaza.’” The request also “demands that pressure be placed on Israel to end the illegal blockade ..” etc.

Participants in the flotilla include citizens from Sweden, northern Ireland, New Zealand, Norway, Turkey, Canada and the United States. On board the “Amal-Hope” and the “Zaytouna-Oliva” vessels are a Swedish member of the European Parliament, and a Malaysian citizen, according to Al Jazeera.

But the flotilla organizers have made it clear from the outset that the mission is not being launched to bring aid to Gaza. “The Women’s Boat to Gaza is a solidarity, not an aid mission,” organizers say on the group’s website.

The organizers also tell outright lies on the site.

“There are always risks whenever the illegal actions of the Israeli Occupation Forces (IOF) are challenged, something the Palestinian people in Gaza live with every day, as the IOF does not respect human rights. In 2010, the IOF killed nine unarmed civilians aboard the Mavi Marmara and a tenth later died of his injuries” the site claims.

Footage filmed on the Mavi Marmara shows the “activists” attacking the soldiers with a stun grenade, a box of plates, and water hoses as the soldiers attempt to board the ship.

The activists are also waiving around metal rods and chains later used to attack the soldiers with. The IDF soldiers were armed with paint ball guns (used for riot dispersal) and pistols which they were ordered to use only as a last resort.

IDF commandos were ordered to redirect that vessel to Ashdod Port in light of the refusal of its captain to heed the directions of the Israel Navy to do so on his own. The so-called “activists” were armed, dangerous and violent.

The Mavi Marmara “activists” initiated the attack against the Israeli forces who boarded the vessel in order to ensure it changed course properly and ended up in Ashdod Port, rather than in Gaza. Then as well, no humanitarian aid was ever found aboard that vessel for the people of Gaza.

The obvious lies and direct attempt to re-ignite the passions that caused six years of conflict between Israel and Turkey over the incident make it clear that the “Women’s Boat to Gaza” is really about incitement, rather than peace. 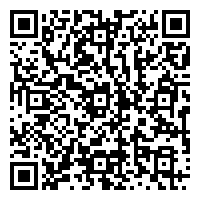