A third suspect has been arrested in connection with Saturday night’s stabbing of a Jewish teen outside the Damascus Gate entrance to the Old City of Jerusalem.

The suspect was tracked down in a joint operation by Israel Police and Shin Bet intelligence operatives. He is a minor, age 15, and a resident of the northern Jerusalem Arab neighborhood of Shuafat.


One of the first two suspects, age 16, “understood that the police were after him and handed himself in to investigators,” according to police. The second, age 15, was tracked down within the hour after the attack.

The victim, a 17-year-old American who just made aliyah from Brooklyn, NY a month ago, was stabbed as he and a friend were leaving the Old City after prayers at the Western Wall.

His friend managed to evade the two Arab attackers – teens who were even younger than their intended victims – and race back to the Old City to alert police.

The two assailants were captured within an hour after the attack, while the injured victim was taken to Hadassah Mount Scopus Medical Center for emergency treatment. He still maintains he is determined to join the elite Sayeret Matkal combat unit when he turns age 18 and enters the IDF. 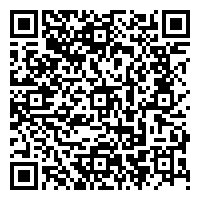