Thousands of Arabs attended the funeral of the car-ramming terrorist who deliberately ran over three IDF soldiers on Tuesday at the HaParsa Junction near the Jewish community of Dolev, according to Arab media.

The terrorist who struck the three soldiers, 36-year-old Riyad Shehada, was shot and killed by other soldiers nearby.  Shehada, a resident of Qalandiya, was living temporarily in Beitunia, according to local sources.


The packed funeral procession began at the Ramallah governmental hospital and made its way to the Shehada family home in Beitunia, according to the Bethlehem-based Ma’an news agency. “Following final farewells, his body was taken to a mosque in Qalandiya… for funeral prayers,” Ma’an reported.

The three soldiers who were hit by the terrorist were targeted as they were conducting an unannounced security check on vehicles at the entrance to the Arab city of Beitunia, a suburb of Ramallah.

Weeks ago, Prime Minister Benjamin Netanyahu vowed that bodies of Arabs who were killed during terror attacks against Israelis would not be released to their families or to the Palestinian Authority.

He explained at the time that the large funerals that followed such returns had become major incitement and recruitment ceremonies to encourage further terror attacks.

Shortly after, however, Israeli media learned the body of a terrorist had been returned to a family in the Palestinian Authority. After numerous calls to various ministries, the IDF and police, JewishPress.com was told “it was a mistake.” Other media were told the same.

Earlier this week, the prime minister’s office released a statement that the return of the terrorist’s body was carried out per the exclusive decision of Defense Minister Moshe Ya’alon. The PMO said in the statement the discretionary power over this issue had been restored to the defense minister on Sunday.

One of the Kefir Brigade soldiers hit by the terrorist is hospitalized in the intensive care unit at Tel Hashomer Medical Center’s Sheba Hospital. He is in very serious condition, currently on life-support.

The two others are hospitalized in fair condition at Hadassah Ein Kerem Medical Center in Jerusalem. 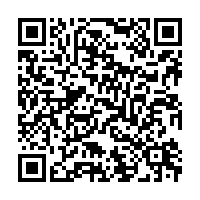