JCCs in Boulder, Colorado; Wilmington Delaware; West Hartford, Connecticut were all targeted with emails in the wee hours of the morning.


But for the first time, a JCC in Vancouver, Canada was also targeted, this time with a phone call at around 9 pm Tuesday night.

This brings the number of bomb threats and other anti-Semitic attacks against Jewish community centers, Jewish day schools, various offices of the New York-based Anti-Defamation League (ADL), at least one Jewish museum, synagogues and Jewish cemeteries in the U.S. and Canada, to more than 120 since January 1.

On Tuesday, in a sign of unbridled bipartisanship, a letter was signed by all 100 U.S. Senators and delivered to the Trump administration in an effort to bring more attention to the sharp increase in anti-Semisitc attacks and vandalism committed in the United States.

The letter, delivered to the FBI Director James Comey, Homeland Security Secretary John Kelly and Attorney General Jeff Sessions, sought an increase in communication and coordination between the administration and law enforcement organizations “of their obligations under the Hate Crime Statistics.”

Another letter also made it to the attorney general this week: JCC Association of North America sent a letter on Wednesday to Sessions, signed by 141 Jewish Community Center Movement leaders, urging the attorney general to take immediate action to advance the investigation into threats to JCCs.

“We are frustrated with the progress in resolving this situation,” the letter reads in part. “We insist that all relevant federal agencies, including your own, apply all the resources available to identify and bring the perpetrator or perpetrators, who are trying to instill anxiety and fear in communities across the country, to justice.”

Through the letter, the JCC Movement’s leaders ask Sessions to meet with them “to discuss specific steps that will be taken to deter further threats, discuss security needs, and seek justice,” and that the Department of Justice “treat this case with the utmost urgency it deserves.”

The letter praises efforts by local law enforcement, referring to their support as “a beacon of responsiveness and professionalism as our communities have endured dozens of anti-Semitic threats in past weeks,” and asks that federal agencies, including the U.S. Department of Justice, do the same. “The potential ripple effect of these threats locally and nationally cannot be understated,” the letter closes.

Jewish Community Centers represent millions of Americans, both Jewish and non-Jewish, who rely on them for early childhood education, senior programming, after-school and teen activities, safe places for community discussion, and a variety of recreational, fitness, cultural and educational activities. 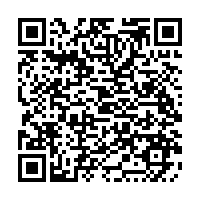