Three of the most fantastic stories of miracles the God supposedly performed for Israel in the war on terror in Gaza made the round of social media and several websites, but they are pure fiction.

Social media have given thrill-seekers an instant explosive to set off bombastic headlines written by hasty editors trying to beat the competition and then having to delete the stories when discovering that they never happened.


The most disturbing report occurred before the war and after Hamas terrorists kidnapped three Israeli yeshiva students. Within hours, some idiot spread on “WhatsApp” the fairy tale that the IDF killed the kidnappers south of Hebron and freed the three students, sending thrills of joy to the parents. Shortly afterwards, they had to deal with the bitter truth that their children still were in captivity and their fate was unknown. After more than two weeks of agony, they were found dead.

One of the most fabulous presumed miracles in the war was spread on a couple of websites in Israel and the United States last week, based on a supposed quote from a soldier operating the Iron Dome anti-missile system.

The story, which never happened, was that his team fired an interceptor at an oncoming rocket from Gaza that was headed smack into the Azriella Tower in Tel Aviv. The interceptor missed its mark, and the team fired a second interceptor, which also missed its target.

That is a rare event, but the story gets better – or worse. The soldiers fired a third interceptor, and that one also failed to down the rocket, which momentarily was about to cause a human disaster and blow the high-rise to bits.

Suddenly, God sent a wind, apparently the same one that split the Red Sea in the Exodus from Egypt. The wind miraculously blew the missile out to sea, according to the report.

Believe that one and you will love the second.

A week after a Hamas female suicide terrorist blew herself to pieces along with two Israeli soldiers, a story made the rounds that a greater tragedy was prevented. The woman, so the story goes, actually was a Jew who had married an Arab in Gaza.

When an Israeli soldier saw her about to blow up a suicide vest and take a few soldiers with her, he yelled out loud “Shema Yisrael,” the beginning of the prayer Jews recite when facing certain death. The woman, being a Jew, heard the ”Shema Yisrael” and, knowing the power of prayer, fled the scene, leaving the vest behind.

The third take is the best of all and allegedly was told on a Haredi radio station.

Haredi Jews in Bnei Brak supposedly were looking for wheat that they could harvest before next Pesach and use for a matzo factory.

They for looking for wheat so early because next year on the Hebrew calendar is a year of “Shmittah,” which falls every seven years and when the land is to rest. Haredi Jews who maintain a strict view on observing the limitation of work during Shmittah, such as not irrigating Jewish-owned fields, were looking for wheat that was planted last in the season but was irrigated with late rains, allowing it to grow and be ready for harvest before the new year begins late next month.

Quoting a rabbi, the report stated that the Haredim “found an entire field sown in mid-January, which was considered very unusual.” The supposed field was located ay Kibbutz Sufa, next to the Gaza border.

“We ran into military police, as well as undercover and regular police who came to check out who we were,” according to the report’s quote of the rabbi who led the search for the wheat field. While sirens were blaring and bombs and rockets were falling, the holy team from Bnei Break was “busy harvesting and transferring the wheat to trucks and moving them towards the cleaning plant.”

And now the clincher.

“Two days later, 13 terrorists came from Gaza out from the tunnel which opened into the fields near Sufa,” the report stated.. “The terrorists had been planning a big attack, and had been counting on hiding among Sufa’s giant wheat field, which the matzo makers had just chopped down in its entirety. The terrorists couldn’t understand how their camouflage had disappeared.

“The empty field enabled military observers to easily spot and identify the terrorists and open fire on them. Many Jewish lives were thus saved by the grace of Heaven.”

The real truth is that similar to the Six-Day War in 1967, there were indeed miracles in the war, despite the deaths of 64 soldiers and three civilians.

The miracles are there, All one has to do is to realize that God created the same man who created the Iron Dome and that there was no need for a miracle wind. 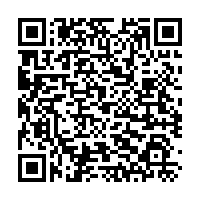