For those of you who follow Israel_Shield on Twitter or Facebook, you know that I try to get information to you before you hear it on the news. You also know that I am VERY careful to release information only when it is confirmed and released by the IDF.

That is why this post is so difficult for me to write. Let me be perfectly clear, I have absolutely no information as to what is going on in Cairo. I have no idea why Netanyahu agreed at all to a ceasefire with a fanatic Islamic terror organization and I do not understand why he or anyone else (Obama) would ever contemplate accepting any terms by an organization that states loud and clear their goal of Israel’s destruction.

I have been feeding off Islamic news channels that are reporting a major breakthrough at the Cairo talks. I have heard everything from Netanyahu gave in to all Hamas’s demands to Hamas has agreed to let Abu Mazen take over Gaza.

Unfortunately, I have heard nothing from the Israeli side. My Prime Minister has kept complete and total silence and unlike the Gaza war where I had inside information, this time, I have nothing and it is making me VERY nervous.

The way I see it, there are one of three options here.

1. Barack Obama has already held back missile delivery to Israel over this Gaza war and Mr. Obama is now threatening Netanyahu with some kind of apocalyptic threat.

As much as it is clear to me that Obama is no friend of Israel, I don’t believe Netanyahu would sell out, considering he knows Congress, the Senate and the majority of the American people understand that between Israel and Hamas, only Israel is a friend.

2. The second option is Netanyahu is waiting for Hamas to make a move and attack Israel. While Hamas has an impeccable record of screwing up and breaking ceasefires, this is a dangerous game of Russian Roulette Bibi is playing. All Hamas has to do now is keep a low profile and begin refurbishing its missiles without firing and call Bibi’s bluff. No missiles shot, Bibi can’t attack.

3. The third and most worrisome option yet most probable one is that Binyamin Netanyahu has given in to Hamas demands.

When I say Hamas demands I mean Bibi has given up on the demilitarization of Gaza demand as well as dropped the weapons blockade Israel has been holding on Gaza for the past 9 years and has also agreed to hold off all operations in Gaza including tunnel discovery, destruction and terrorist assassinations.

What has Hamas promised? Hamas has given us their word that they will not shoot at Israel (until their missile supply is fully refurbished!)

There is only one way for Israel to get out of this mess and that is if Hamas attacks. I know it sounds horrible but if they sit quiet and this ridiculous ceasefire goes through, Hamas will be busier than ever buying new missiles and digging new tunnels! 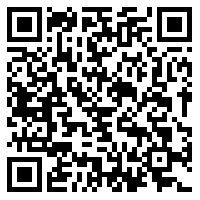