The founder of Hasidism, the holy Ba’al Shem Tov, reported having gone up to the higher realm one Rosh Hashanah, and meeting the messiah, whom he asked, “When will Sir arrive?” Which the messiah answered, “You’ll know it’s time when your teachings will spread around the world and your wellsprings will overflow outwardly (“yafutzu mayanotecha chutza,” Proverbs 5:17).” This has traditionally been understood to mean, especially in Chabad, that the way to “bring the messiah” is by spreading Hasidic teaching, and once every land has in it Jews capable of Hasidic meditation, redemption would come next.

All of which might mean that messianic times have finally arrived in the United States of America, as Chabad Lubavitch has just announced the establishment of a Chabad Center in the 50th and final US state, South Dakota, home to the famous Mount Rushmore National Memorial with its massive sculpture of four great presidents carved into the rock of the Black Hills.

“South Dakota, with its minuscule Jewish community scattered throughout a geographically expansive area, has had the dubious distinction of being the only state in America with no rabbi,” goes an urgent press release we received Sunday. “That will all change this winter, it was announced at the International Conference of Chabad-Lubavitch Emissaries, when Rabbi Mendel and Mussie Alperowitz move from Brooklyn, NY, to Sioux Falls to establish a Chabad center that will cater to a community dating back to the days of the Wild West.”

According to Chabad, “the appointment comes as the American Jewish community marks 75 years since the Lubavitcher Rebbe, Rabbi Menachem M. Schneerson, of righteous memory, and his wife, Rebbetzin Chaya Mushka, arrived on US shores from war-torn Europe in 1941.” Incidentally, Chabad-Lubavitch has already been serving Jews in South Dakota for more than half a century, “since the Rebbe established the Merkos Shlichus (Roving Rabbis) program, which dispatches pairs of young rabbis to small and isolated communities around the globe.”

And “although it has been widely accepted that fewer than 400 Jewish people reside in the entire state, Rabbi Alperowitz estimates that it may indeed be home to as many as a thousand Jews. He believes that the Jewish population may have been bolstered in recent years by the growing financial and health-care industries.”

So, no more excuses, our brothers and sisters in America, the teachings of the Ba’al Shem Tov have touched every single part of the great USA, time to come home to the great land of Israel. Contact Nefesh B’nefesh in South Dakota or someplace nearby and make your reservations early. 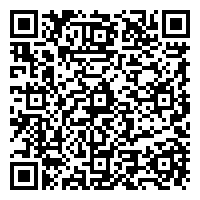