U.S. President Donald Trump sent his congratulations to the State of Israel on the eve of its 70th Independence Day celebrations with a special tweet.

Best wishes to Prime Minister @Netanyahu and all of the people of Israel on the 70th Anniversary of your Great Independence. We have no better friends anywhere. Looking forward to moving our Embassy to Jerusalem next month!

The U.S. Embassy is set to officially open in the Israeli capital on May 14, the secular date that Israel officially declared its independence in 1948. 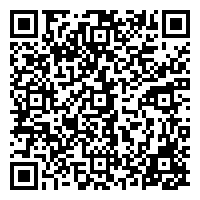