On Friday morning just before turning over the reins of power to incoming President Donald Trump, outgoing U.S. President Barack Obama quietly transferred $221 million to the Palestinian Authority, $1.25 million to United Nations organizations, and $4 million for climate change programs, according to a report published Monday by the Associated Press.

The allocation had been approved by Congress for fiscal years 2015 and 2016 but was being held up by Republican lawmakers at the time over the PA moves to gain membership in international treaties and various other organizations. The executive branch usually respects the holds placed on funds by Congress, but such a hold is not legally binding.


The funds were funneled through the U.S. Agency for International Development (USAID).

The Palestinian Authority allocates millions of dollars each year via the Palestine Liberation Organization for generous stipends to be paid to terrorist prisoners who successfully attack Israeli targets, and their families; those who don’t survive the attempt are guaranteed before setting out that their families will be set for life with a permanent monthly stipend as well.

The Palestinian Authority pays out an estimated $140 million a year to the families of suicide bombers and salaries to imprisoned terrorists, which is around 10% of their annual budget.

The wife of the Armon HaNatziv truck terrorist who killed 4 IDF soldiers will begin receiving a lifetime monthly pension of NIS 2800, and one-time bonus of NIS 6000 from the Palestinian Authority. 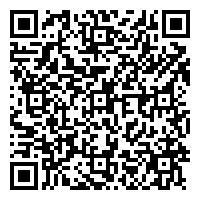