Al Qaeda and ISIS are dividing the spoils of another country between them, as the last few American special forces flee Yemen to avoid being captured by the horde.

Israeli Prime Minister Binyamin Netanyahu warned about the dangerous spread of Al Qaeda and ISIS, and the vulnerability of other nations in the Middle East when speaking to the U.S. Congress earlier this month.

A group of 100 US personnel withdrew from the southern Al-Anad air base on Friday as Al Qaeda terrorists seized a nearby southern city.

The move came a day after 137 people were killed and hundreds more were wounded in suicide bombing attacks at Shia Houthi mosques in the capital city of Sana’a. Responsibility for the attacks was claimed by Daesh, the Islamic State in Iraq and Syria terror group also known as ISIS.

The U.S. military told Al Jazeera they were pulling out their last personnel in the country because of the “political instability and continued fighting” in Yemen.

The forces – along with U.S.-trained Yemeni anti-terror units who were also stationed at the air base – withdrew to an “unknown destination,” according to a military source who spoke with the AFP news agency.

American personnel who were deployed at Al-Anad had been gathering intelligence for the drone strikes against Al Qaeda in the Arabian Peninsula (AQAP), Yemeni sources told the BBC.

The United Nations Security Council is to meet in emergency session Sunday to discuss the Yemen crisis. The closed session is being held at the request of Yemeni President Abd Rabbu Mansour Hadi, said Reuters.

On Saturday, Hadi delivered his first televised address since escaping house arrest, pledging to fight what he called “Iranian influence.” The Yemeni president accused Tehran of backing the Houthi rebels who had ousted him from Sana’a.

Iran has repeatedly been named as the patron of the Zaydi fighters aligned with Shia Islam; however, the Houthis deny Iran is involved in Yemeni affairs. Hadi, however, pledged in his speech, “the Yemeni Republic flag will fly on the Marran mountain in Sa’ada (the Houthis northern stronghold) instead of the Iranian flag.”

He also called on the Houthis – whom he called “coup plotters” – to leave Sa’ana and for its militant allies to leave the government ministries. The Houthis, however, have called for a battle against security and military institutions controlled by the president, saying they fighting “extremists.”

The president is currently in the southern port of Aden, where he fled after the capital was seized by the Houthi rebels last month. 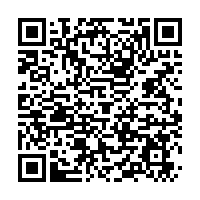