The U.S. Supreme Court upheld a $1.75 billion dollar claim Wednesday against Iran by more than 1,300 relatives of U.S. military personnel who died in the 1983 bombing attack on their barracks in Beirut, and victims of other terror attacks linked to Iran by the courts.

The case, Bank Markazi v. Peterson, 14-770, involved relatives of victims of the Marine barracks bombing in Beirut, the 19 victims of the 1996 bombing of the Khobar Towers in Saudi Arabia and victims of other Iranian state-sponsored terror attacks. The lead plaintiff is Deborah Peterson, whose brother U.S. Marine Lance Cpl. James C. Knipple was killed in Beirut.


Iran’s Bank Markazi had appealed against the prior ruling, arguing the Congress, as the legislative branch could not intervene in the judicial branch when it passed a 2012 law ordering the banks’ assets in the U.S. be turned over to the families.

President Barack Obama had signed an executive order earlier in that year freezing the assets of the Iranian central bank in the United States, held by Citibank in New York.

Justice Ruth Bader Ginsburg wrote the majority opinion for the Court, rejecting the appeal by the Iranian central bank.

Ginsburg wrote that the law “does not transgress restraints placed on Congress and the president by the Constitution.”

Chief Justice John Roberts and Justice Sonia Sotomayor dissented, with Roberts writing the dissenting opinion. “The authority of the political branches is sufficient; they have no need to seize ours,” he wrote.

Although American law allows victims of state-sponsored terror to seek redress in U.S. courts for having been attacked, Iran does not comply with judgments. As a result, attorneys hunt for Iranian assets within the United States. 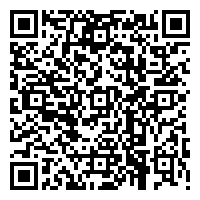