A spokesperson for President Barack Obama is making sure Israeli Prime Minister Binyamin Netanyahu knows his boss is disgruntled.

The White House says it is “reserving judgment” of Israeli Prime Minister Binyamin Netanyahu to address a joint session of Congress about Iran on February 11, but that the event to which the prime minister has been asked to speak “is a departure from protocol.” The event is being held at the first branch of the American government, the legislative branch.


Netanyahu’s planned visit comes in response to a direct invitation by Congressional Speaker John A. Boehner, who asked the prime minister to address lawmakers of both houses on the issue of the Iranian nuclear threat. Boehner extended the invitation Wednesday, Jan. 21, less than 24 hours after Obama snubbed the Congress on the issue in his State of the Union address, broadcast live Tuesday night local time on national television.

White House spokesperson Josh Earnest told reporters in a briefing aboard Air Force One that it had not yet spoken with Israeli government officials. He said U.S. officials are reserving judgment on prime minister’s visit until they hear from their Israeli counterparts about Netanyahu’s plans.

“The protocol would suggest that the leader of one country would contact the leader of another country when he’s traveling there,” Earnest told reporters traveling with Obama. “This particular event seems to be a departure from that protocol,” he added dryly in a clear poke at Israel’s top leader and the Speaker.

As has been the case for some time, there is obviously no deep friendship between the American president and the Israeli prime minister. Nor have Obama’s staff in recent months bothered to trouble themselves to hide their own personal distaste for most members of the Israeli administration.

But this latest sarcasm makes it plain the president is now granting new privileges to those who speak for him; or perhaps he is no longer chooses to restrain his own emotions in the interest of diplomacy or simple good taste.

Sadly, this particular battle is not even with Netanyahu although Obama has decided to make it so: actually it’s between the president and his Congress, and Israel’s prime minister is just being caught in the crossfire.

In his address, Obama vowed to veto any measure that in any would infringe on negotiations with Tehran over its nuclear development activities.

Israel’s voters, meanwhile, are facing a national election in March. Netanyahu will have to answer to his constituents at the ballot box himself and explain what, if anything, he has or has not done to eliminate the existential threat to Israel presented by Iran’s nuclear program.

Netanyahu has repeatedly warned the international community, and the United States, that Israel will never allow Iran to achieve its goal in creating an atomic weapon of mass destruction.

No Israeli government official, and few – if any – intelligence officials in the world today actually believe Iran’s claims that it is continuing to increase and upgrade its uranium enrichment activities for “peaceful purposes only.”

Even if the Supreme Leader himself crosses his heart and solemnly says so. 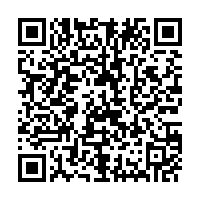