Rev. Al Sharpton and other Black activists are campaigning to convince Democrats in Congress to challenge President-elect Donald Trump’s appointments, which they argue would result in an Administration with an anti-civil rights agenda, The Hill reported Tuesday.

Congressional Black Caucus senior member Rep. Gregory Meeks (D-NY), issued a statement Monday, attacking the appointment of Ben Carson as Secretary of Housing and Urban Development (HUD). Meeks said that “Dr. Carson’s past statements on housing have not been consistent with the Congressional intent behind many of HUD’s programs.” He added that Carson had “lambasted the Department’s fair lending mission, calling our civil rights laws ‘mandated social engineering schemes.’”


Sharpton, for his part, is organizing a rally at the Martin Luther King Jr. Memorial in Washington six days before Trump’s inauguration. He told The Hill the rally is intended to “put the Democrats on notice that we expect them to use the nomination hearings to really go after” Trump’s picks.

Nancy Zirkin, executive vice president of The Leadership Conference on Civil and Human Rights, argued that “Stephen Bannon’s white nationalist ties, Sen. Sessions’s clear record of antagonism to civil rights throughout a very long career, Betsy DeVos’s intent to defund public education, former labor secretary Elaine Chao’s rollback to worker protections, Ben Carson’s opposition to enforcing the Fair Housing Act, Rep. Tom Price’s efforts to roll back Medicare […] these are just some of our concerns about how this administration will govern. And every American who cares about their kids, their health care, their jobs or their housing should take notice.”

According to exit polls, Black voters supported Hillary Clinton over Trump by 89% to 8%. Sharpton said he expected “thousands” to turn out for his anti-Trump rally. “Our focus is not President Trump, who we don’t think we can turn around,” he added, “Our focus is that the Democrats should not weaken, and so weaken everything that Dr. King achieved and everything that President Obama has achieved.”

In August 1991, during the Crown Heights pogrom, Sharpton led a march of some 400 Blacks in front of the Chabad-Lubavitch headquarters, chanting “Whose streets? Our streets!” and “No justice, no peace!” During the pogrom Black youths looted Jewish stores, beat Jews in the street, and hurled rocks and bottles at Jews. Yankel Rosenbaum, a yeshiva  student from Australia, was stabbed to death while the Black mob chanted “Kill the Jew” and “get the Jews out.” 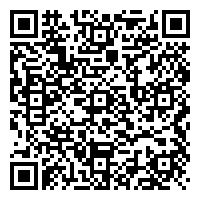