A Direct Plus poll released on Thursday evening by Channel 14, released after the coalition crisis that was created by MK Idit Silman quitting the coalition, showed a significant potential change in the next Knesset.

The poll showed a Netanyahu coalition would have a clear majority with 62 seats. While what’s left of PM Naftali Bennett’s Yamina party would not pass the electoral threshold. Neither would Gidon Sa’ar’s New Hope (Tikva Hadasha). This is the first recent poll showing Netanyahu definitely able to form a coalition.

Obviously, if Bennett did manage to pass the threshold, then his 4+ seats would wipe out Netanyahu’s clear lead.

But perhaps just as surprising, is a separate question asked about what end-result the respondents would like to see from the current coalition crisis.

43% of the respondents said they’d like to see Bennett’s coalition to continue after the crisis. While 55% did not.

From that 55% who opposed Bennett, 32% said they’d like to see a right-wing coalition under Netanyahu. 17% preferred new elections. 6% wanted to see a Netanyahu-Gantz coalition. While 2% were undecided.

The poll showed the individual parties receiving the following votes:

At the moment, within Yamina they hope the crisis is over and they can continue their government despite no longer having a majority in the Knesset, simply because they are united, while the opposition is split between Netanyahu’s coalition and the Joint Arab List. They also aren’t yet convinced that Silman will vote against the coalition on votes that conform to her ideology, assuming she stays in the Knesset.

Yamina has also decided to declare the Yamina MK Amichai Chikli as a rebel MK. In part to finally punish him for sticking to his values instead of to Bennett. In part to warn the other Yamina MKs thinking of jumping ship.

At this point Yamina MK Nir Orbach looks unlikely to quit, despite the very close call yesterday – having won some concessions from Bennett’s coalition partners.

But Yamina’s troubles aren’t over. MK Abir Kara is definitely still scoping out his options and it looks like he’s still planning something.

The greatest advantage that Bennett gained from this crisis is that he finally got the Left to stop rocking coalition the boat. Until now he’s had no way to stop them from promoting their left-wing agendas and statements. But now, with the very real threat of them losing their seats hanging over their heads, they’re going to be much more circumspect… at least until Yair Lapid replaces Bennett – if that even happens. 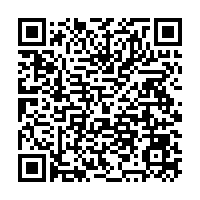