The results of this Saturday’s local elections definitely did not portend well for any left-winger or U.S. official putting their hopes on the “moderate” Fatah party of current Palestinian Authority leader Mahmoud Abbas retaining control of PA-controlled areas in Judea and Samaria (the so-called “West Bank”) in the long term, or after the next PA general election.

Despite an official boycott by Hamas, Palestinian Islamic Jihad and the Popular Front for the Liberation of Palestine (PFLP), the PA’s controlling Fatah party still failed to win most of the municipal races in which it ran — even though the ballots were cast only in Judea and Samaria.


Elections were not even held in Hamas controlled Gaza.

It could be that turnout was low because PA voters weren’t interested in voting, or it could be low because the PA’s population and voting registries are inflated and outdated, and most of the no-shows no longer reside in the Palestinian Authority.

The low turnout rates were similar in 2012.

To add insult to injury, even with a voter boycott by the top three terrorist factions in the population, Fatah lost to “independents”. Many of the those are known to be associated with Hamas, Islamic Jihad, and the PFLP.

In Hebron, a Hamas stronghold, Fatah won only seven out of the 15 seats. A Hamas terrorist who murdered six Jews won the mayor’s seat in Hebron.

In Shechem (Nablus), Fatah “won” 11 out of the 15 seats, but the candidates had to join with Islamists to do so. Voter turnout in Shechem was the lowest, at 28 percent.

Fatah couldn’t even win in its own capital city of Ramallah, which had a less than 40 percent turnout. The Abna’a al-Balad party won eight of the 15 seats in Ramallah. Abna’a al-Balad appears to be affiliated with Fatah’s rival, the PFLP.

The only municipalities where Fatah had a clear victory was in Jericho with eight out of 15 seats, and Jenin with 10 of 15 seats.

Another amazing tidbit is that the PA forbade its citizens who live in so-called “refugee camps” within the Palestinian Authority from voting. So while residents of Bethlehem could vote, those in Bethlehem’s southern neighborhood of Deheisheh (Refugee Camp) were not granted that same right.

PA Arabs living in refugee camps within the PA were not permitted to vote in the PA’s municipal elections.

Some “Palestinians” are apparently more equal than others.

In that way, the PA behaves exactly as Lebanon does, denying its “Palestinian” citizens the same rights and privileges as their neighbors receive.

Another weird tidbit: 181 municipalities had lists that ran unopposed, and 65 localities had no nominated lists at all.

It’s not clear which is worse, the failure of the Palestinian Authority to offer a true democratic vote to its citizens, even on just the municipal level, or the fact that it is absolutely clear that the radical Islamists would definitely beat the Fatah Kleptocrats if general elections are ever held (or if the IDF ever stopped providing security support).

This vote makes it clear that Palestinian Authority Arabs reject their current Fatah overlords. And yet those rejected leaders are the same people that U.S. officials and the Left are counting on to make and maintain some sort of lasting peace deal with Israel.

It even appears that US President Trump is bowing to the pressure and backing away from his campaign promise to move the US Embassy from Tel Aviv to Israel’s capital, Jerusalem — rather than supporting the sole democracy in the Middle East, as he keeps claiming he does.

Basing one’s hopes for making a peace deal happen, relying on an unpopular regime that needs to be non-democratically propped up in order to survive, is a bad deal from the get go. 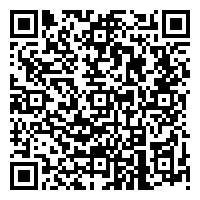