Israel’s Prime Minister Benjamin Netanyahu responded to remarks made by U.S. Secretary of State Rex Tillerson during an exclusive interview Sunday with NBC’s Chuck Todd on the program ‘Meet the Press’ in which Tillerson said President Donald Trump is now holding back and “being careful to understand how such a decision would impact a peace process” before deciding whether to make good on his campaign promise to move the U.S. Embassy from Tel Aviv to Jerusalem.

In two swift Hebrew-language tweets, the Israeli prime minister responded, saying that the transfer of the U.S. Embassy in Tel Aviv to Jerusalem would not only not damage the peace process, but would in fact have the opposite effect.


Netanyahu tweeted that moving the American Embassy to Jerusalem would advance the peace process by righting a historic wrong, and in so doing, would also “shatter the Palestinian fantasy that Jerusalem isn’t the capital of Israel.”

A full transcript of Tillerson’s remarks on the subject follow:

“The President, I think rightly, has taken a very deliberative approach to understanding the issue itself, listening to input from all interested parties in the region, and understanding what such a move in the context of a peace initiative what impact would such a move have.

“As you know the President has recently expressed his view that he wants to put a lot of effort into seeing if we cannot advance a peace initiative between Israel and Palestine, and so I think in large measure the President is being careful to understand how such a decision would impact a peace process.

“[Well] I think it [the issue] will be informed again by the parties that are involved in the talks and most certainly Israel’s view and whether Israel views it as being helpful to a peace initiative or perhaps a distraction. And so I think the President again is being very measured in how he goes about this, appropriately so.” 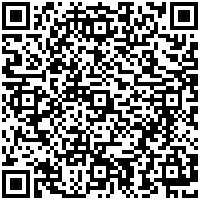