Apparently, it’s only the Jewish backyard that bothers leftwing business mogul George Soros when it comes to so-called “occupied territories.”

A major investment management company in which George Soros held significant shares has been investing funds into occupied territories in the Western Sahara, reportedly without bothering to discuss the matter with the residents of the region.


The Leon Energy firm, in which Soros has been a major shareholder, reported finding natural gas in its Laayoune-4 well, according to the Kohelet Policy Forum, which said the company announced it would apply for a new eight-year license to continue exploration, via Morrocco’s Office National des Hydrocarbures et des Mines (ONHYM).

Qantum Partners LP, a “private investment fund” operated by Soros Fund Management and the Soros family private wealth management fund, was the single largest significant shareholder of San Leon Energy in 2011, with 19 percent of shares. By 2016, that had dropped to 3.5 percent.

But San Leon attorney Daniel Martin said when asked, the company had not discussed its activities with the people of Western Sahara, because they are “not a representative people.”

Rather, San Leon Energy carries out its discussions with Morocco.

Clearly George Soros has no problems with activities in “occupied territories,” unless they are linked to the Jewish State, where instead his money goes to “anti-occupation” groups who oppose Israelis living in the most historically ancient parts of the Jewish homeland. 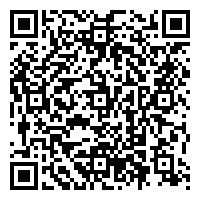