The Israel Innovation Authority’s “Technological Innovation Labs” Program reached a new milestone this week, with the selection of the five franchise holders who will operate the labs for a period of three years.

The labs, funded by the Israel Innovation Authority, will provide technological infrastructure and know-how to entrepreneurs to establish their proof of concept, according to a release sent to media.


Throughout this period, the Authority will assist in funding the establishment of the labs’ technological infrastructure for the benefit of the entrepreneurs and their start-ups, with a budget of up to NIS 4 million. The Authority will also cover ongoing operational costs of up to a half million shekels per year. The start-ups accepted to the labs will receive up to 85 percent of funding or NIS 1 million to establish their proof of concept.

“The program will serve as a bridge between the manufacturing industry and the Israeli culture of entrepreneurship and innovation,” said Aharon Aharon, CEO of The Israel Innovation Authority.

The target population for the program is entrepreneurs and startups, with innovative ideas in the relevant verticals who are interested in getting a proof of concept and developing their idea into a product.

The following companies were selected to operate the labs during the three-year pilot period:

1. Let-Lab: The Ham-Let Group will operate a technological lab that will be established in the Ziporit Industrial Area in northern Israel. The laboratory will focus on innovative technologies in the field of the Industrial Internet of Things (IIoT).

2. Construction Lab: Shikum & Binui, Solel Boneh and Italian energy corporation ENEL will operate a technological lab that will be established in the Haifa Bay area and will focus on smart infrastructure in the fields of construction, transportation and energy.

4. PMatX: Merck Performance Materials and Flex will jointly operate a technological lab that will be established in the city of Yavne and will focus on advanced materials and on innovative production processes for next generation electronic devices.

5. Frutarom: Frutarom will operate a technological lab in Haifa aiming on developing unique, functional raw materials for the food and beverage industries.

“The lab program will help give Israeli companies a competitive edge globally.”

Anya Eldan, Head of the Start-Up Division and the Israel Innovation Authority Vice President added that the labor program “enables the development of innovation ecosystems in a variety of fields in advanced manufacturing by leveraging the technological infrastructure and know-how of large companies – in Israel and around the world – for the benefit of start-ups.

“The program joins our successful Technological Incubator Program at the Start-Up Division of the Israel Innovation Authority.” 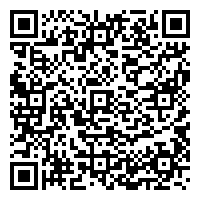