A wildfire started by Gaza eco-terrorism burned out of control for hours at the Be’eri Forest in southern Israel.


The blaze began when a terror kite carrying a flaming firebomb (Molotov cocktail) was launched from Gaza and aimed toward Israeli farmland over the security fence along the border.

Gaza’s eco terrorists now fly at least three or four of the terror firebomb kites at southern Israel each day.

It’s a terror tactic that came into use last month with the start of the Friday violence orchestrated and choreographed by Gaza’s ruling Hamas terrorist organization. Arson terrorism isn’t new to Israel; but terror kites are a new spin on the deadly strategy.

The Be’eri Forest fire was burning since early Wednesday afternoon, and for several hours was raging out of control. All told it took some six hours to contain the blaze, but by 8 pm the Negev Fire and Rescue service reported the situation was under control. It was the largest blaze to have been started by Gaza eco-terrorists since the start of the terror kite flights.

Hundreds of dunams of lovely grasslands and woodlands are now charred. Ten firefighter teams were battling the weather conditions for hours as well as the blaze, due to a sharav currently gripping the country – a hot, dry desert wind – that combines super-high temperatures with low humidity and strong easterly winds, all of which is a recipe for increasing any kind of wildfire. 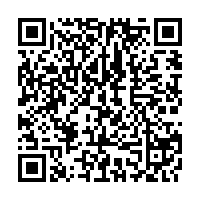