Two commemorations of events in the short history of the Jewish-Arab conflict will take place this week, which, ironically enough, also marked the 40th anniversary of the Camp David agreement: Friday marks the first anniversary of the Marches of Return, those weekly riots along the Gaza Strip border which resulted in about 200 dead and close to 20,000 injured—85% of whom were estimated to have been paid by Hamas and the Islamic Jihad; then Saturday marks the 23rd anniversary of Land Day, commemorating the 1976 clash between Israeli Arabs and the Rabin government over the latter’s plans to expropriate state-owned land.

It’s the very definition of a gunpowder keg, two in this case, and it follows a week of alarming clashes between Gaza terrorists and the IDF which included a long-range rocket destroying a home in Israel’s Sharon region near Tel Aviv, and IDF retaliatory bombings of vital terrorist assets across the Gaza Strip.

Israeli security officials are expecting all of this to blow up this weekend, unless Hamas and the Jihad take meaningful, active steps to prevent it. Indeed, in this equation only one side appears to have a choice: the Arabs. Because, should violence erupt on schedule, Prime Minister and Defense Minister Benjamin Netanyahu will have no choice. Less than two weeks from the April 9 election, which will decide his political future, Bibi cannot appear to be appeasing the enemy. He is already being torn apart by Naftali Bennett inside the tent, and Benny Gantz and Avi Gabai who are circling the tent from the outside.

Netanyahu and IDF Chief of Staff Lieutenant General Aviv Kochavi and the command staff spent Tuesday in meetings that resulted, for now, in amassing firepower around the Strip and calling in the reserves. Should war become inevitable, the needed troops will all be in place. Lt. Gen. Kochavi so far has been more aggressive than his predecessor, Gadi Eizenkot, who allowed for long lags between Arab attacks and IDF retaliation, frustration the nation and confusing the troops. Should there be a clash, Kochavi is more likely to inflict great pain on the Strip.

Tuesday also saw a string of minor Arab provocations: a rocket over Ashkelon; a group of Arabs who crossed the border to set fire to an abandoned IDF post and raise the Palestinian flag; and dozens of balloon clusters carrying explosive charges into Israel, at least four of which started fires in Israeli settlements. On Wednesday Israeli schools near Gaza have opened as usual – a sign that the security apparatus is not expecting serious clashes today.

However, on Wednesday morning Ma’an reported that four youths were shot dead in clashes with Israeli forces in the Deheisheh refugee camp south of Bethlehem, reminding us that danger lurks not only in Gaza this weekend.

Despite his hurried departure from the US on Monday, Netanyahu did not assemble his security cabinet, most likely because he was reluctant to give his nemesis Naftali Bennett, who keeps demanding the role of defense minister, to lecture the PM in his newly adapted, take-no-prisoners style, like this recent post:

“I said from the morning that whoever runs away from terrorism – terrorism pursues him, and that’s exactly what happened. […] I call on Prime Minister Netanyahu to defeat Hamas and not allow it to turn the residents of the south into Hamas hostages. We know what needs to be done and how it should be done. I call on the prime minister – give the IDF the order to neutralize and defeat Hamas.”

It continues to be a tense weekend, folks. Stay tuned. 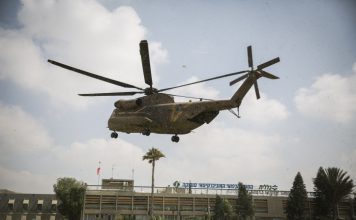 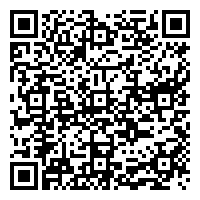