“For these reasons, the return marches were canceled today,” says a Ma’an headline on Friday morning, the “return marches” being the Hamas-financed gathering of unemployed Gazans to storm the border fence with Israel, which has been a regular Friday feature since before Passover of 2018.

Using mostly Reuters copy, Ma’an explains that the protests along the Gaza Strip’s border with Israel have been canceled for the second week in a row, following reports that “Israel will violate the terms of the ceasefire concluded in the last round,” and will be shooting demonstrators at the border, which in turn would prompt Islamic Jihad to respond and lead to a new confrontation.


So, first, a big yishar koa’ch to Defense Minister Naftali Bennett, who seems to have revived the deterrence everybody has been eulogizing. Turns out that when you keep your word and each time an enemy recruit acts violently – somebody on his side dies, it creates a deterrence.

Second benefit: Hamas is aware that the Islamic Jihad is eager to topple the status quo in Gaza, and that should an IDF sniper take down a rioter who climbs the fence and throws IED at the soldiers or civilians on the other side – the Jihad would start something they can’t finish. So Hamas shuts down the festivities.

Also, it appears the various terror factions are concerned that should they attack Israel at a time when Prime Minister Benjamin Netanyahu is under pressure, seeing as he had just been indicted by his own attorney general, he could decide to take a ride on an Arab provocation and try and match General Gantz’s record of some 3,500 dead bad Arabs in 2014.

“We will not let Netanyahu export his crisis to Gaza,” the terrorists said, so help me, they really said it. See? I wasn’t crazy, if you keep your word and doggedly insist on killing everyone, but everyone who tries to harm Israelis, and do it every time they try it – they learn the lesson.

According to Ma’an, Hamas also decided not to hold the protests to allow time to resolve the differences between Hamas and Islamic Jihad. Which means that Hamas does not want to let a bunch of madmen decide policy for it in the battlefield.

Yet another victory for Israelis who suggested Hamas could take charge of business in the Gaza Strip if we scared them sufficiently. So we did, and they did.

Finally: the organizing committee for those marches is debating reducing the number of protests to only once a month (they could coordinate with our own Women of the Wall and do it on Rosh Chodesh). They may even cut those marches down to whenever circumstances call for them, rather than on every Friday.

Folks, we won this one. Because we were not afraid to kill bad people, and because our new chief of staff usually appears to back his soldiers when they kill bad people.

We can keep winning this way, you know. 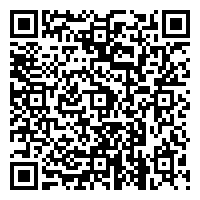