Sources in the Gaza Strip and in Egypt on Tuesday said that the launch of a long-range rocket at the Sharon area was orchestrated by Iran in order to influence the Israeli elections, Israel Hayom, which is openly supportive of Prime Minister Benjamin Netanyahu, reported.

The launch was apparently executed “over the head” of the Hamas political leadership in the Gaza Strip, according to the source, and was carried out in coordination with senior officials of the pro-Iranian Islamic Jihad.


However, according to sources in both Cairo and Gaza, senior commanders in the military wing of Hamas were all too aware of the launch of the missile towards the moshav in the Sharon region, and even gave it their blessing.

A senior Hamas official confirmed in conversation with Israel Hayom that firing the rocket was “an attempt to influence the elections and the political agenda in Israel – and even bring about the removal of Netanyahu and the Likud from power.”

The same senior Hamas official also said that beyond the fact that this was an Iranian directive, it was also in Hamas’s interest to bring about a change of government in Israel.

“The assessment in Gaza was that Israel would not embark on a [military] move in Gaza two weeks before the elections,” the official said. According to him, Hamas was counting on the fact that Netanyahu would not launch a large-scale operation while he is in Washington, They were surprised to discover that Israel had rejected Egypt’s attempts to bring about a cease-fire in the spirit of the unofficial “quiet for quiet” Netanyahu policy.

In a conversation with Israel Hayom, a senior official in the Egyptian intelligence, who is involved in contacts with Hamas, said “the possibility that the rocket fire on Monday morning was not known to senior members of the Hamas leadership is quite reasonable. However, the heads of the Hamas military wing were aware of this and were even coordinating with the Islamic Jihad leadership, which launched the attack.”

The senior Egyptian official stressed that “according to all our indications, Iran is behind the order to send the missile to the Sharon valley, first to undermine Egypt’s efforts to bring calm and order to Gaza, and to create political chaos in Israel two weeks before the elections.”

“Cairo conveyed to Hamas a strong message that if it veers off the rails and retaliates over Israeli attacks in Gaza after the shooting at the Sharon—in a manner that would escalate to another military campaign, Egypt would wash its hands of the efforts to revive internal Palestinian reconciliation and mediations with Israel,” the Egyptian source said.

The Hamas source told Israel Hayom that the Hamas leadership were certain after the launch that Israel was embarking on a large-scale operation in Gaza, which would usher in a new campaign of targeted assassinations of senior members of Hamas’s military wing. The entire Hamas leadership went underground, which produced conflicting messages in the early phase right after the rocket hit.

According to the same Hamas official, Hamas’s announcement of a cease-fire Monday nigh was issued solely in response to the Egyptians’ demand, and not based on an understanding achieved by the Egyptians with Israel.

“The message we received from the Egyptians was that Israel rejects all the proposals for negotiations for a ceasefire,” he revealed, adding that the Hamas unilateral ceasefire was an attempt to show Israel that the Egyptians still have sway over Hamas.” 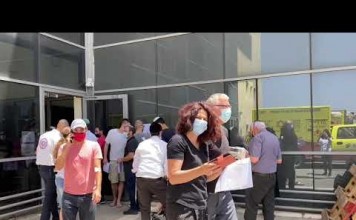 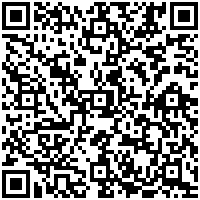