The Trump-Pence administration opened the door to a future of peace in the Middle East founded on our strong and unwavering commitment to the state of Israel. But now Israel is enduring the worst outbreak of violence in at least seven years — a direct result of the weakness shown by the Biden administration from its first day in office.

Many Americans witnessing the recent bloodshed in Israel are perplexed by how quickly violence erupted after years of calm. The answer is that President Biden and congressional Democrats have abandoned unambiguous support for our ally Israel, emboldened our enemies, and turned their back on the policy that yielded historic peace deals in the Middle East.


But now, according to Pence:

President Biden has emboldened anti-Semitic terrorist groups such as Hamas by shunning Israeli leaders and restoring more than $200 million in aid to the Palestinians that had been canceled by the Trump-Pence administration.

Every tepid statement uttered by the Biden-Harris administration is built on a false equivalency between Israel and Hamas. One is a sovereign nation with a legitimate government, and a trusted ally. The other is an internationally recognized terrorist organization that has fired more than 3,000 rockets at Jewish families and businesses in the past week.

Now Biden is repeating those grave errors by creating a power vacuum of his own. He has replaced strength with weakness, moral clarity with confusion, and loyalty with betrayal. Biden’s void, too, is being filled by America’s enemies — and Israelis are paying the price in blood.

Americans should pray for the peace of Jerusalem and stand without apology for our most cherished ally, Israel, until the violence is quelled and Israel’s security is restored. 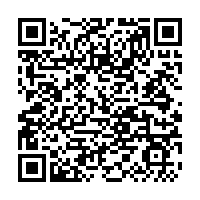