Palestinian Authority Chairman Mahmoud Abbas announced Friday night that he suspends contacts with Israel until it removes the metal detectors installed at the entrance to the Temple Mount. While initially it was presumed that the Chairman would not include the suspension of security coordination between his security forces and the IDF, by Saturday night it appeared that, at least for now, these ties have been severed as well.

Of course, the PA will continue to consume Israeli electricity at the same rates and use all other essential services provided by the “occupier.”


Abbas declared his government rejects “the so-called electronic gates because they are a political move hiding under the cover of an imaginary security pretext that aims to control Al-Aqsa Mosque and evade the peace process as well as turn the conflict from a political one to a religious conflict.”

He did not explain why he believes the murder of two Israeli police in cold blood at the Temple Mount courtyard made for an “imaginary security pretext,” nor did he have much to say about the fact that it was the Grand Mufti of Jerusalem who turned a security check into a religious issue.

Wafa announced that Abbas has allocated $25 million “to help the steadfastness of the Palestinians in occupied East Jerusalem,” but didn’t specify hoe exactly that would be accomplished. This amount could provide electricity to the citizens of Gaza for some time, but how can you argue with steadfastness.

Hamas responded by saying that the Abbas plan to cut off relations with Israel is “meaningless without the lifting of the restrictions on Gaza,” meaning without paying Israel to turn on the lights in Gaza.

Abbas is most upset, apparently, over the fact that Israel did not keep its promise to the PA in talks following the July 14 murders of two policemen, when the Temple Mount was closed to worshipers. According to the Chairman, Israel promised that after the Temple Mount is reopened there would be no change in the status quo, but when the compounded was reopened, the PA was surprised to discover that electronic metal detectors had been installed at the entrance.

The Netanyahu cabinet is expected to convene Sunday morning for another discussion of the issue, with the “magnometers,” which sparked protests in the Old City and the riots, in which four Palestinians were killed. The Prime Minister has already convened a meeting in his office overnight with Public Security Minister Gilad Erdan, Police Commissioner Roni Alsheich and other security officials, to discuss the situation on the Temple Mount. Erdan and Alsheich support keeping the metal detectors in place, the Shin Bet and the IDF civil government in the territories recommend capitulating to the Arab mob by taking them down.

Meanwhile, prior to Sunday’s cabinet meeting, Minister of Transport Yisrael Katz announced that he intends to demand that the Attorney General direct the Military Prosecution to demand the death penalty for the terrorist who carried out the attack in Halamish that resulted in the murder of a Jewish father and his two children. According to Katz, military law allows for the death penalty, but the Military Prosecution does not ever ask for it.

The Attorney General has expressed his position in the past year that the military prosecutor is allowed to ask for the death penalty with the approval of the cabinet. 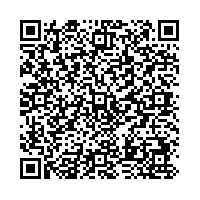