The Chief Sephardi Rabbi of Israel, Rabbi Yitzhak Yosef, dedicated his Saturday night class at the Yazdi synagogue in Jerusalem to the memory of the murder victims in the community of Halamish in Judea and Samaria Friday night, and to wishes of a quick recovery to the family’s grandmother who was critically injured in the same attack. The Chief Rabbi was very critical of the fact that the terrorist attacker had not been eliminated at the scene of the crime.


“Any Arab, any terrorist, who comes to kill, must not come out alive,” the Chief Rabbi insisted at the beginning of his weekly class. “He must be killed, not injured.”

“Last week, two Druze police officers who were watching over us were murdered by terrorists,” Rabbi Yosef noted, recalling, “A few years ago there was a terror attack in Tel Nof (when four prominent rabbis and a Druze police officer were killed, November 2014).”

“A Druze policeman was killed there,” Rav Yosef recalled. “I went up north to comfort them, they were very touched.”

Rabbi Yosef’s weekly class at the Yazdi synagogue in Jerusalem is broadcast live via satellite and on the Kol Hai radio religious radio station, continuation of the tradition of his father, the late Rabbi Ovadia Yosef. 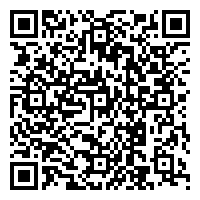