After his meeting with Palestinian Authority Chairman Mahmoud Abbas earlier this week (Gantz and Abbas Meet in Ramallah with Bennett’s Blessings), which drew harsh criticism from within the coalition government as well as from the right-wing opposition parties, Defense Minister Benny Gantz assured News12 Wednesday night that Prime Minister Naftali Bennett knew about the meeting, and that the PM supports Gantz’s policy of doing everything possible to boost the PA, economically, politically, and security-wise.

Hussein A-Sheikh, the PA’s Head of Civil Affairs, who was present at the Gantz-Abbas meeting, said the meeting was “excellent” and ushered in “the beginning of a friendship that will lead to a full renewal of relations” between Israel and Ramallah (Satisfaction in Ramallah Following Gantz-Abbas Meeting).


“There was an important meeting,” Gantz told News12. ” The public needs to understand that we are operating in a complex reality. We have good relations with the PA and there are problems of terrorism. We will work hard against the extremists and strengthen the moderates as much as possible. Anyone who thinks that this formula is simple to manage is wrong. it is complicated. Bennett also thinks that [Abbas] should be strengthened.”

Abbas in this version of the story is a moderate.

On Wednesday, MK Bezalel Smotrich (Religious Zionism) revealed that NIS 100 million ($31 million) out of the total amount of the half a billion shekel ($156 million) loan that Gantz promised to transfer to the Palestinian Authority (and which will never be paid back) will come from the Civil Administration Fund. Turns out the fund gets its money from payments made by the Jewish residents of Judea and Samaria for the land they purchase for construction or industry.

That creates a neat circle of snakes holding the tail of the next snake in their mouth:

Israel punishes the PA for paying salaries to its terrorists behind bars in Israeli security prisons and the families of dead terrorists by cutting an equal sum from the taxes and customs it collects on behalf of the PA.

The PA incurs a budget deficit because of the lost funds, so Israel compensates it with a loan to cover the excised amount, thus enabling it to continue writing those pay-for-slay checks.

Israel takes the money it lends to the PA from the settlers in Judea and Samaria, who are paying for the nurturing of the next wave of murderers who will kill them and their loved ones, God forbid.

There’s something so wholesome about this picture, the perfect collaboration between the Hannibal Lecters and the silent lambs.

Gantz’s response to the above criticisms as well as attacks against him from inside the coalition was: “I suggest that we look at Israel’s security relations from a more significant level than a Twitter headline.” In other words, he, the DM, is the grownup in the room. He continued: “Bennett knew about the trip, was familiar with it, and I know that it’s impossible to reach an agreement at the moment, [Abbas] also knows it. The meeting was important and I hope that its good results will be seen in the coming days.”

Or in the coming years, as Ramallah will continue to generate generation after generation of terrorists, fully paid for by “strengthening” donations from their future victims.

Haaretz pointed out Thursday morning that Bennett’s representatives on three different occasions made it clear that his government would not advance a political process with the PA, and that Bennett does not currently have any intention of meeting with Mahmoud Abbas.

A source in Bennett’s circle confirmed Gantz’s claim that his meeting in Ramallah had been planned with the PM, however, that same source insisted the meeting was intended strictly to discuss security issues – not offsetting Israel’s policy to undermine the salaries to murderers policy, certainly not to offer it a lifeline in the form of a $156 million loan.

Otzma Yehudit Chairman MK Itamar Ben Gvir responded: “Bennett and Gantz have surrendered to Biden’s demands, granting a loan to the same Palestinian Authority that’s demanding that IDF soldiers be prosecuted in The Hague. Bennett and Gantz provide the Palestinian Authority with a huge loan so that it will have enough money to pay the salaries of Jew murderers and continue to take over Area C.” 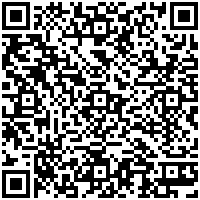