Foreign Minister Yair Lapid said on Wednesday that the Biden administration’s intention to reopen the consulate for PA Arabs in Jerusalem is a “bad idea.” At a press conference with foreign reporters, Lapid suggested this move would “convey the wrong message,” and made it clear that it would hurt the stability of the current government, “and I do not think the US administration wants that to happen.”


In a State Department briefing Wednesday, Matthew Lee, the Chief State Department Correspondent for The Associated Press, asked: “Did you see Israeli Foreign Minister Yair Lapid said that Biden administration’s plan to reopen the US consulate in Jerusalem is a bad idea? Does the US have a response to that?”

Ned Price, the State Dept. spokesperson, responded: “When it comes to our CG in Jerusalem, Secretary Blinken has addressed this on a number of occasions. In May, he said, quote, “The United States will be moving forward with the process to reopen our consulate in Jerusalem.” We don’t have any updates to share at this time.”

Lee asked: “So you’re aware of this argument that’s being made by some in Israel that you guys need to have specific permission, agreement from the Israeli Government to reopen the consulate building as a consulate. There is a counter-argument – and I want to know if the administration agrees with that – which is that since this consulate general is actually older than the state of Israel itself, and although the building was closed as a consulate, its staff was moved into the Palestinian Affairs Unit at the embassy, that it is not technically opening a new consulate or even actually reopening a closed consulate. Is that the argument that this administration holds?”

Price answered: “Well, Matt, as you just aptly demonstrated, I don’t think it does me or us any favors to weigh in on what is a complex legal and historical issue. But as the Secretary has said, we will be moving forward with the process to reopen our consulate in Jerusalem.”

A source close to MK Bezalel Smotrich (Religious Zionism) told The Jewish Press Thursday morning: “The State of Israel already is in a political process with the Palestinians. For now, it’s being conducted behind closed doors, which is suspicious in itself. It includes terrorist prisoners release, the opening of the Jerusalem consulate, the monies going from Israel to the PA, and a three-way meeting with Mahmoud Abbas and Naftali Bennett which was scheduled and canceled.”

Bennett is on the record as objecting to the opening of the US consulate, and according to sources in his entourage, this was the position he articulated to President Joe Biden in their meeting last Friday. But about a month and a half ago, Walla reported that Bennett requested the Americans to delay the opening of the Jerusalem consulate until after the Knesset approves his government’s state budget and that the Biden administration decided to accede to the prime minister’s request and hold the opening until November.

Back on December 6, 2017, former President Donald Trump announced that the United States officially recognizes Jerusalem as the capital of the State of Israel and that he intends to relocate the US Embassy to Jerusalem. This was followed on May 14, 2018, by the official ceremony marking the embassy’s relocation. Then, on October 18, 2018, former Secretary of State Mike Pompeo announced the State Department’s plan to suspend the operation of its Jerusalem consulate, and to merge its tasks with the operations of the new embassy in Jerusalem. 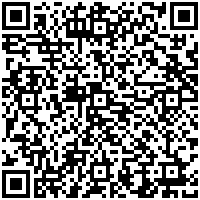